The City of Mason has an integrated system of bicycle paths, lanes, and bicycle routes that provide safe and efficient bicycle transportation between Mason’s neighborhoods to destinations with community and civic importance. 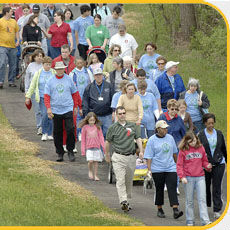 Bicycle facilities are planned in accordance with the street hierarchy whereby each neighborhood has access to a safe, shared bicycle route on residential streets that lead to bicycle paths or lanes on or adjacent to collector and arterial roads. Bicycle paths or lanes on or next to arterial and collector roads lead to community oriented destinations including schools, parks, commercial centers, and businesses.

Bicycle and pedestrian paths are planned to accommodate all modes of non-motorized transportation including walking, jogging, skating and bicycling.

Bicycle Routes (signed shared roadways) are designed for bicyclists to share the roadway with motor vehicles.

View a map of our bicycle paths and routes