a reliable source of water 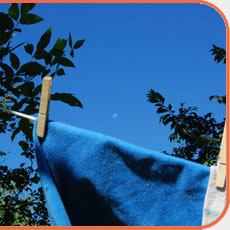 Plenty of clean water for everyday use is one of the benefits of living in Mason. Photo by Sarah Smith

In the early 1990’s, the City of Mason began exploring options for obtaining additional supplies of water. Studies had projected that the Shaker Creek Aquifer, the city’s only water source, was not large enough to provide water to meet the maximum demands that would be placed upon the system by the year 2001. The most cost effective method for obtaining additional water proved to be purchasing additional water from the City of Cincinnati’s Water Works. In 1999, Mason began purchasing up to 5 million gallons of water each day.

In 2000, once again recognizing a growing need for additional water in the city, staff began reviewing how to address Council’s concerns with the city’s long-term water supply and escalating utility costs for residents. Once again, it was determined that the best solution was to work with Greater Cincinnati Water Works (GCWW). In a dramatic and positive step for the future supply of water for Mason’s residents, Mason City Council approved a 30-year contract that transferred all water operations to GCWW.

Major benefits of the city’s contract with GCWW included the following: