Mason is considered one of the most desirable communities in the Cincinnati metropolis and has earned a reputation as a progressive, innovative community. 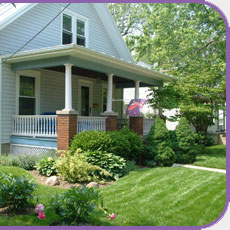 Mason has a variety of housing styles

The city is a destination for corporations seeking a thriving business environment and for families desiring attractive neighborhoods and nationally ranked schools. It is located in the southwest portion of Ohio, 22 miles northeast of Cincinnati and 30 miles south of Dayton.

Mason, a city of about 31,000, is in the southwest quadrant of Warren County, the second fastest growing county in Ohio. More than 36 miles of interstate highways give businesses and residents easy access to the metropolitan centers of both Cincinnati and Dayton and fuel the area’s residential growth as well as business expansion.

Mason is strategically located between the Cincinnati region’s two most vital commerce corridors, Interstates 71 and 75, just north of the I-275 beltway. The city is served by two direct interchanges: on I-71 at Western Row Road and at State Route 741/Kings Mills Road. It also is served by an interchange to I-75 at Tylersville Road just two miles west of the city.

Mason residents and businesses have access to several airports. The Cincinnati/Northern Kentucky International Airport in northern Kentucky is about forty-five minutes from Mason via two interstate routes. Major and commuter airlines provide non-stop or direct service to cities in the United States, Canada, and Europe. Dayton Airport in Ohio is also about forty-five minutes away, and Port Columbus is about 90 minutes away. Private airports in Cincinnati (Lunken Field) and Warren County are nearby.

The city continues to be a top choice for quality companies that are relocating or expanding. In choosing Mason, companies cite the interstate access, availability of land for development within protected business parks, rising property values, the established core of high-tech businesses and labor, and an exceptional level of support and services. Mason’s progressive business development programs are widely known in the region.

Over 500 businesses operate in Mason’s 19 square miles. High-tech companies, corporate headquarters, and light industries are particularly attracted to Mason. More than 90 corporations have headquarters or manufacturing operations in Mason’s 24 commerce parks. The city has one of the region’s largest complements of international businesses. This is a credit to the city’s successful economic strategy to balance high-tech corporations with attractive housing.

Mason’s business facilities employ more people than live in the city. Three of the 10 largest employers in Warren County are located in Mason. Mason’s fifteen largest employers provide work for more than 9,000 persons and generate more than $5.3 million annually in income tax revenue.

Almost all of the city is served by the Mason City School District, which has earned a perfect score and an “Excellent/Effective” rating on the state report card each year beginning in 2000. It serves approximately 10,900 students. The city also has three private schools that educate about 1,000 students in kindergarten through high school. Higher education opportunities are available at Sinclair Community College’s Courseview Campus and within commuting distance at the University of Cincinnati, Miami University of Ohio, and smaller, private colleges.

Almost all of the day-to-day needs of families can be found right in the city, from grocery stores to professional offices. Five regional shopping centers are within 20 minutes away.

Residents of the City of Mason have many recreational opportunities available at their doorstep. A public golf course, a water park, and Kings Island amusement park all lie within city boundaries. The city is also home to the annual Western & Southern Open tennis tournament for men and women. Seven city parks cover about 300 acres and include fishing lakes, walking trails, ball fields, tennis courts, picnic shelters, and playgrounds. The Mason Community Center is one of the largest public recreation facilities in the state. It has two pools, gymnasium, field house, fitness center, walking track, senior center, exergames, climbing wall, and classroom and meeting areas. A continually expanding network of bike paths connects neighborhoods to schools, parks, and downtown.

Mason is…more than you imagine!