Mason has exceptional resources through its residents, education, businesses, and government services! 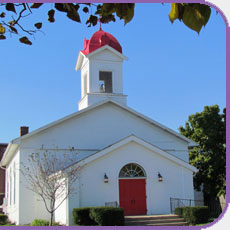 Mason is a family friendly city. Photo by Leslie Kaufman

Mason City Schools
10,900 students in five public schools
An “Excellent with Distinction” district on the Ohio Department of Education and Local Report Card

Higher Education
Courseview Campus Center of Sinclair Community College is in Mason. At least a dozen other schools are within commuting distance

Average household size – 2.8
80% of homes are owner-occupied
43% of households have children under 18
Nearly a fourth of Mason’s working residents work in Mason

Mason’s housing stock is dominated by large and high-value single-family homes on lots between 0.25 acre and one acre, built within the last 10 to 20 years
The median home value is $213,887
Home values range from around $70,000 to $2 million
There are several apartment communities and three senior living facilities

The City of Mason operates the Mason Community Center. It includes a center for older adults as well as classrooms, a fitness area, group exercise room, meeting and party rooms for rent, two swimming pools, and weight room. Many classes for all ages and interests are held each month. The Mason Community Center is open to everyone, regardless of residency.

About two dozen facilities represent over a dozen denominations

The average new single family residence in Mason contains 4 bedrooms, 2 1/2 baths and approximately 6,600 square feet (including garages and unfinished basements). The median value of this single family house and lot was estimated to be about $500,000 in 2011.

Fees for many programs, including many at the Mason Community Center, are determined by your residency. You are a Mason resident if you live within the municipal limits of the City of Mason. Having a Mason mailing address (zip code 45040) does not mean you are also a city resident. Many residents outside the city limits have the 45040 zip code, and some residents inside the city have a zip code different from 45040.

Grocery and drug stores, specialty shops, professional service providers (physicians, lawyers, dentists, insurance agents, etc.), restaurants and fast food, banks, hardware, and many other products and services can be found in Mason. Five regional shopping centers are within 20 miles via the interstates. Eight hospitals are within 25 miles.